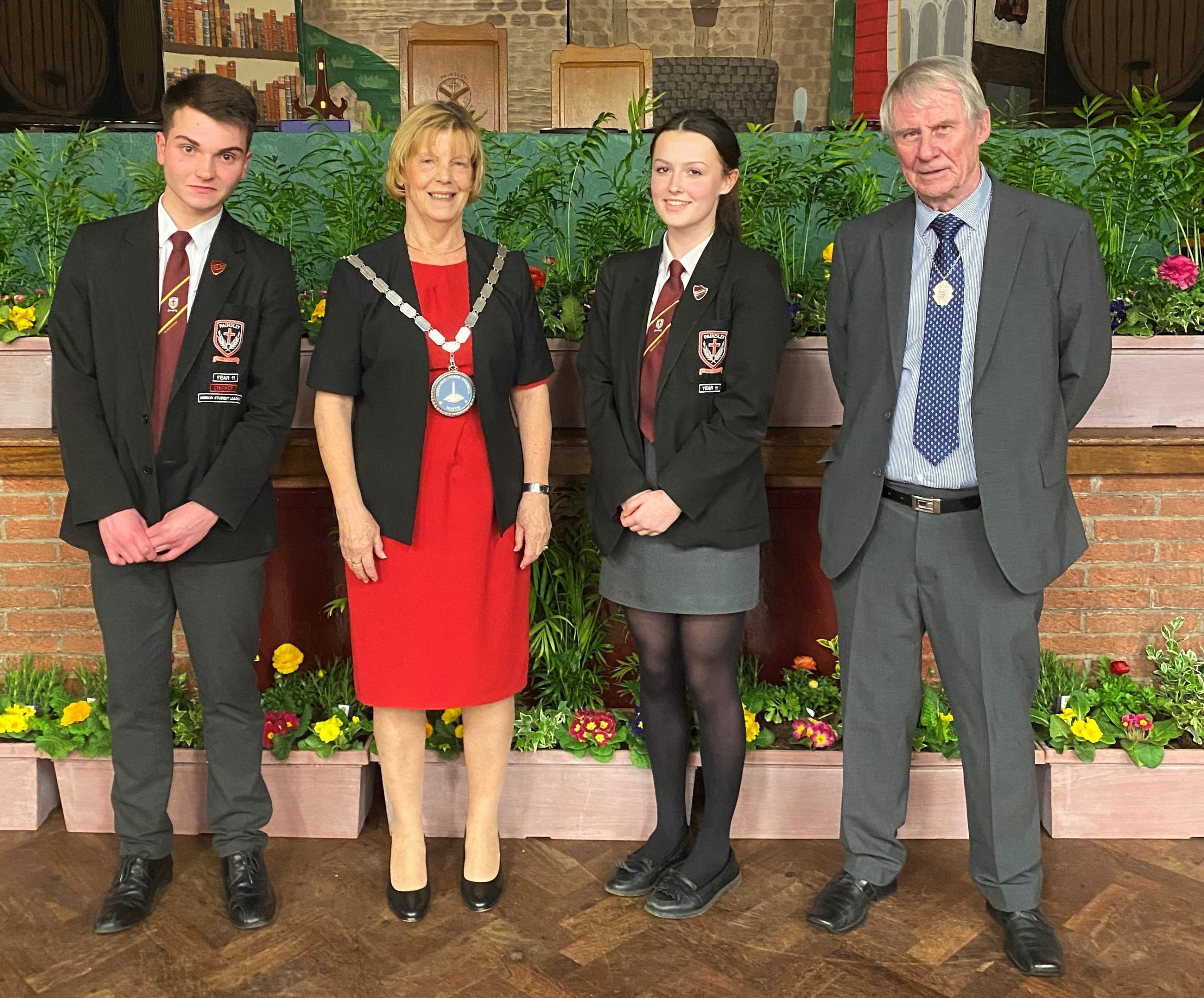 Painsley Catholic College was delighted to be able to return to a face to face awards evening on Wednesday 6th April, after a couple of years of disruption due to Covid.  The event was still scaled down, in order to reduce infection risk, however, 147 students were invited to receive awards on the special evening with one guest to accompany them.

Sophia Ferocino, James Howard (Year 10 students) and Madelyn Hammonds (Year 8) received the Robert Bickerton Endeavour Award, given to students who received the most number of nominations from all departments within the school and who have also had at least three 100% effort certificates this academic year.  William Simpson (Year 10) was the Faith in Action award.

Special guests in attendance included Cllr Sue Walley, Mayor of Cheadle, and her consort, Mr K Walley who presented a civic award to Emre Tezgel.  Cllr L Swindlehurst, Mayor of Leek) and her consort and Mr P and Mrs A Lomas from the Cheadle Rotary Club.

Mr Steven Bell, as Chief Executive Officer of the Painsley MAC, was the Guest of Honour and he presented the awards.

“The Painsley Catholic College Annual Awards evening is one of the main events in our calendar,” commented Mrs Rachel Waugh, Principal at Painsley Catholic College. “Although we had to reduce numbers this year, it was fantastic to be able to return to holding the event in person.  We have an excellent cohort of students and it is amazing to be able to reward our learners with such a prestigious event.  Congratulations to all of our winners, and my thanks to our special guests who were able to attend.”

Facebook Twitter LinkedIn Google + Email
We use cookies to ensure that we give you the best experience on our website. If you continue to use this site we will assume that you are happy with it.OkCookies