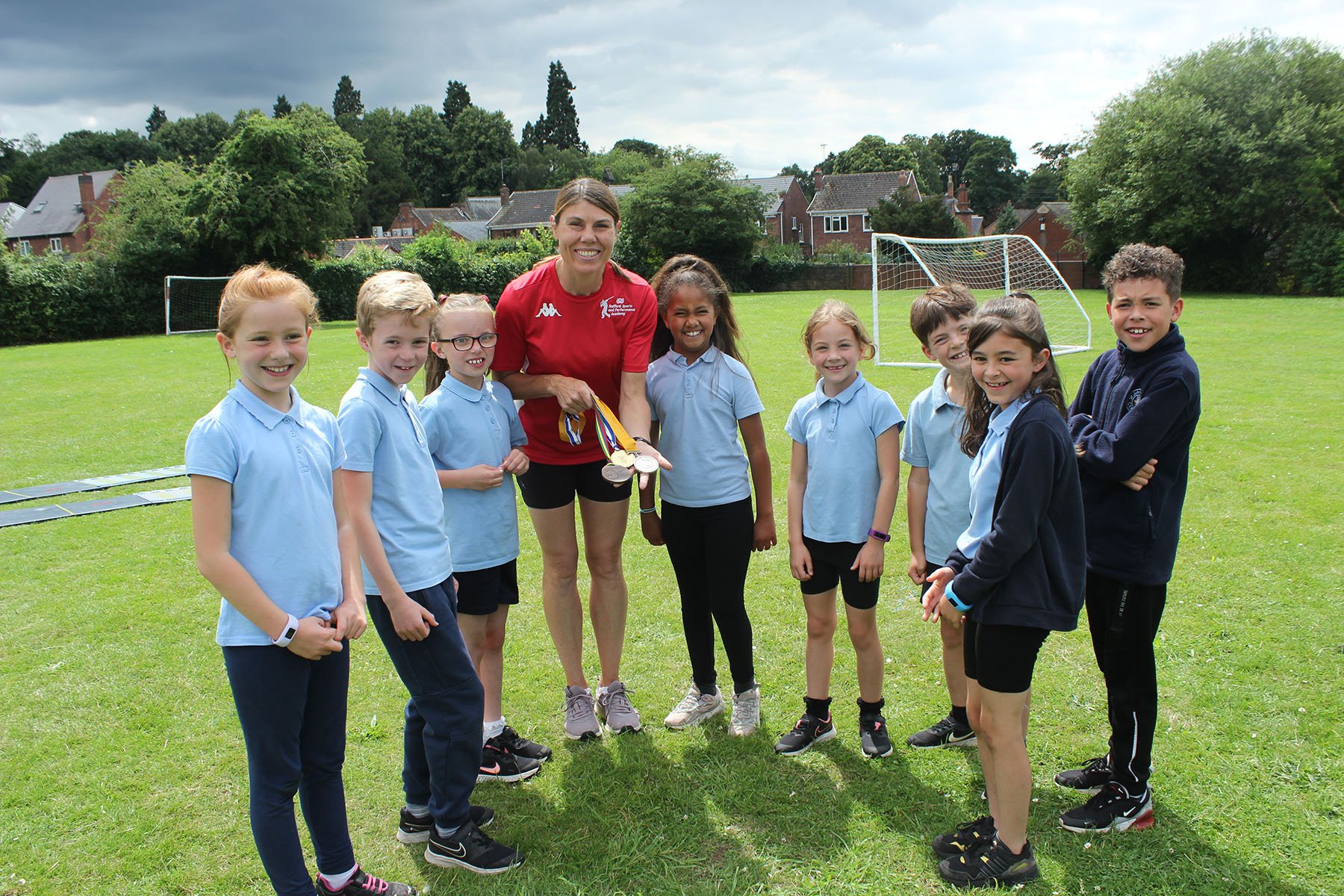 Children at St John’s Catholic Primary School in Great Haywood have enjoyed their PE sessions this year with a special teacher who has also given them a real enthusiasm for this summer’s Olympics. Keri Lees, a former Olympian herself, has taught at the school for the past six years, delivering twice-weekly sessions for children from Reception age to Year 6 who are about to start high school.

Keri started her sports career at just nine years of age, training and competing in sprint events for Stafford Athletics Club. She enjoyed some local successes and then from the age of about 12 years she was successful at a national level in the 200m, coming 2nd at the English Schools Championships. She soon changed to the sprint hurdles after “falling in love with the event” after filling in for a fellow club member who dropped out. She then started competing for Great Britain at the age of 15 and won Silver and Gold medals in the World and European Junior Championships respectively.

As a senior athlete Keri specialised in both the 100m and 400m hurdles and took part in European and World Championships, World Student Games and the Commonwealth Games. In 2000 she was selected for the Olympic Games (a childhood dream) and competed in the 400 hurdles in Sydney.

Since retiring from Athletics in 2001, Keri has taught in schools and now works for Stafford Sports and Performance Academy, teaching PE and delivering after school clubs in primary schools in the Stafford area.

“The children really love their sessions with Keri, she has a real bond with many of them, especially our Year 6 leavers who have known Keri since they started school in Reception. When she brings her medals in they feel like she is a real celebrity. Their enthusiasm for sport and athletics events is so great, we are sure we are watching some of our future Olympians!” commented Mrs Lucy Barber, Head of School at St John’s.

‘I love being active in PE, we enjoy lots of different sports such as football, netball, tag rugby and rounders. William, age 10
‘We love being able to work with an Olympian as we learn about sport but also how to be part of a team.’ Zach, age 10
‘I love St John’s and being able to do PE with Mrs Lees inspires me to be in the Olympics’. Nia, age 9