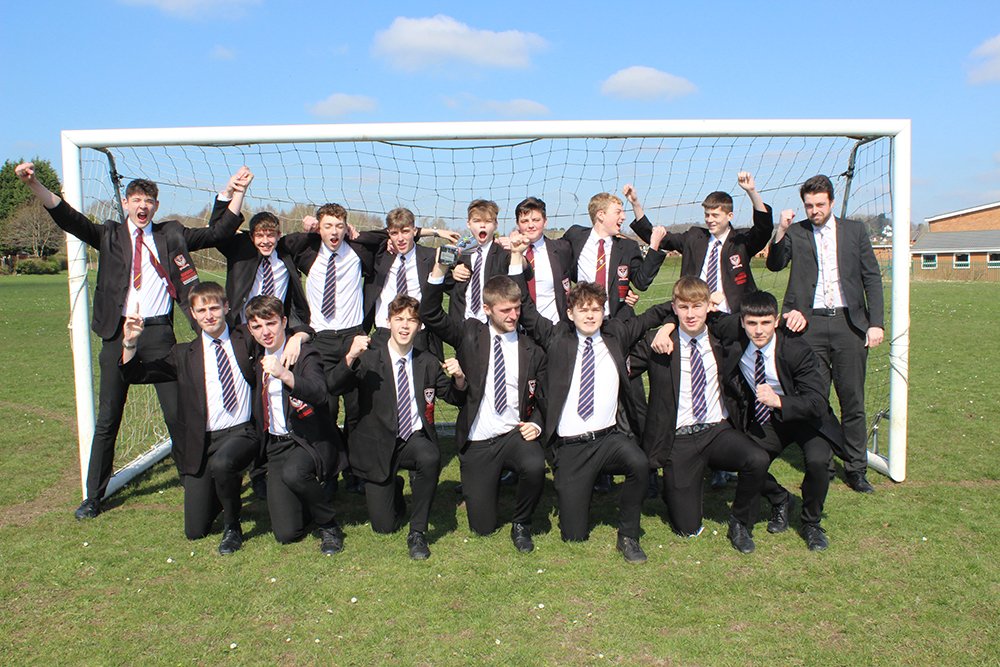 Footballers at Painsley Catholic College, Cheadle, are celebrating their latest victory which has seen the team win the title and cup for the best team in Staffordshire.

The team has performed consistently well all year and as yet, remains unbeaten.  The County final was played away against Thomas Alleyne’s High School in Uttoxeter and was a close game (1-1) decided on penalties.

“The boys are a great team, highly skilled and with a great understanding of team play.” commented Football Coach and PE Teacher at Painsley Catholic Academy, Mr Paul Allen.  “They really deserve this win and should be congratulated on their commitment and attitude.

“The first round of the cup saw us play away at De Ferrers Academy in Burton-Trent, where the team won 2-1.  We scored the winning goal in injury time and during the game, James Wright, our goalkeeper, saved two penalties, one of which was the last kick of the game.

“In the quarter final we played Trentham High School at home. It was a very close match but we ended up winning 4-3. The semi-final was played away against Excel Academy (Stoke-on-Trent) where the Painsley team won 5-0 in a comfortable match qualifying to face Thomas Alleyne’s in the final.  The final game was close and despite a strong start ended 1-1 going straight to penalties.  Painsley achieved a 100% record in the shootout, with four out of four goals scored, taking them to victory and winning them the title.  Well done!”