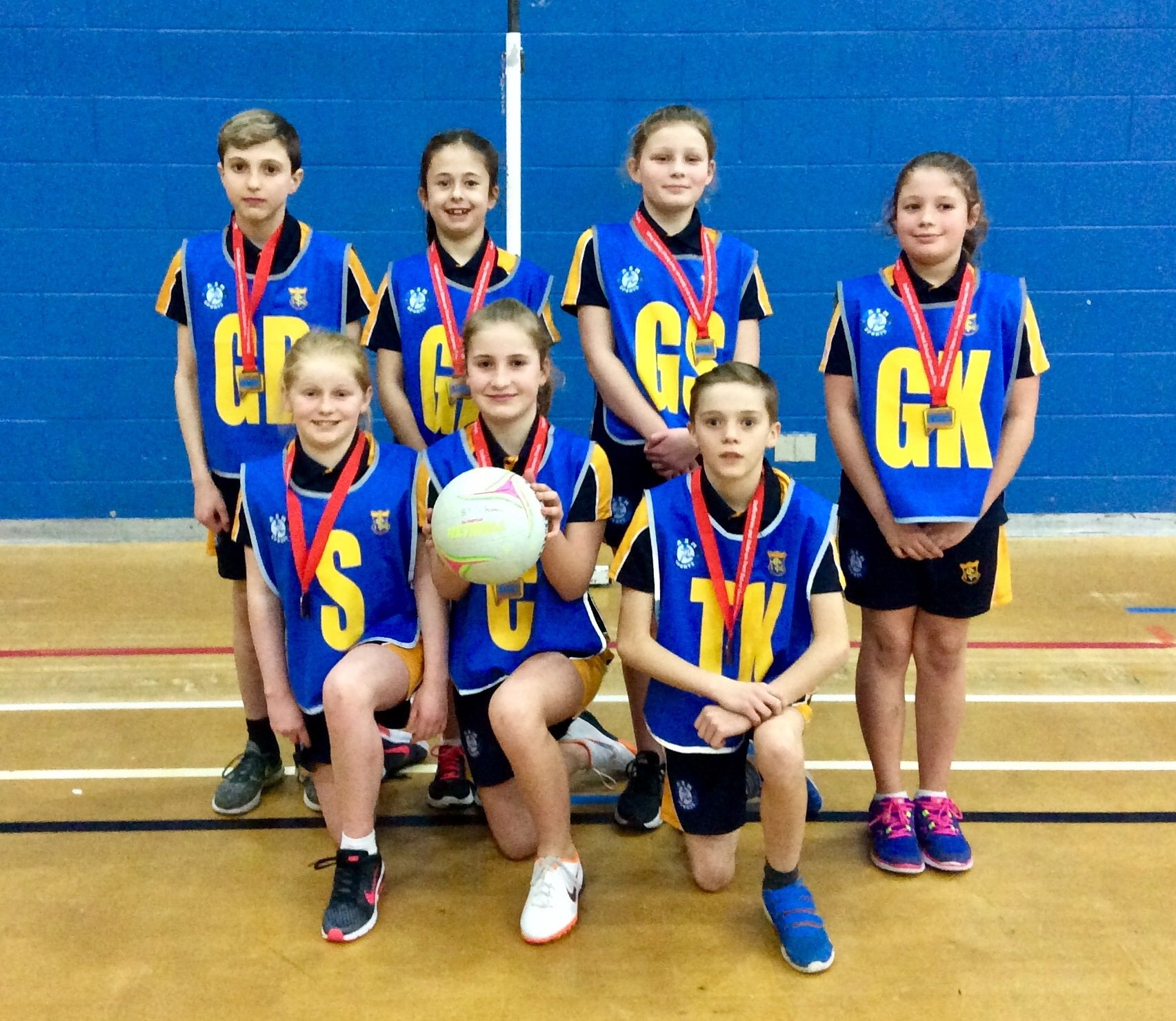 The top ten teams from all over the County were at the competition and the standard of netball was extremely high. St Thomas’ were in group A and played four group games, with them finishing in first position in their group. They then went through to the semi-final to play St Theresa’s Primary School, Trent Vale, who they unfortunately lost to in the last minute, with the end score being 3-2. The team then played in a third / fourth place play off against Shobnall Primary School and won 2-1, finishing the tournament as the 3rd best team in Staffordshire.

“High 5 is a great way for children to get active and enjoy themselves.  A key part of High 5 is players rotating round positions. This means that all the children get to experience every position on court and makes for fitter more adaptable players as they get older.  Our team played really well, demonstrating some fantastic skills and team work. I am very proud of them all.”commented Miss Charlotte Leyland, PE Coordinator at St Thomas’s.